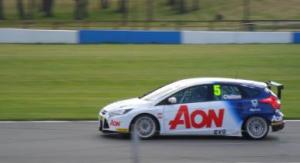 Tom Chilton went one better from his pole position by claiming a dominant win in the opening race of the day at Knockhill, while there was drama for championship leader Mat Jackson who failed to score.

END_OF_DOCUMENT_TOKEN_TO_BE_REPLACED

Having announced he was leaving the AMD Milltek team 15 minutes before the final race at Oulton Park yesterday, Tom Onslow-Cole is to return to the Arena team in a third new-shape AON Ford Focus for the rest of the season.