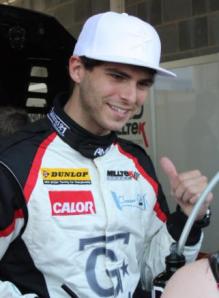 Having announced he was leaving the AMD Milltek team 15 minutes before the final race at Oulton Park yesterday, Tom Onslow-Cole is to return to the Arena team in a third new-shape AON Ford Focus for the rest of the season.

Despite having scored nine points and a seventh place finish in races at both Donington Park and Thruxton this season with the Volkswagen squad, Onslow-Cole annonced to AMD’s team principle Shaun Hollamby that he was to move to an unnamed team an amicable terms.

That team turned out to be his former team Arena motorsports, and he will now return alongside Andy Neate and former team-mate Tom Chilton in a third Ford Focus, set to be his drive for the rest of the year.

Onslow-Cole was a considerable championship threat last year when he drove for the team, picking up a pole and our wins on his way to an eventual fourth place in the 2010 championship.

Despite being left out by the Arena team pre-season due to financial difficulties, Onslow-Cole had been in consistent talks with his ex team-mate Chilton who, along with Arena boss Mike Earle helped persuade and now subsequently secure a return to the team in their efforts to turn a winless season around for themselves.

Earle told AUTOSPORT: “We know from previous experience that Tom will provide a great deal of feedback and help us move forward as a team. We look forward to seeing all three cars move further up the standings as the season goes on.”

For the team he has left a vacant seat at, Hollamby may jump back into drving duties of the AMD Volkswagen Golf while the team evaluate replacements.